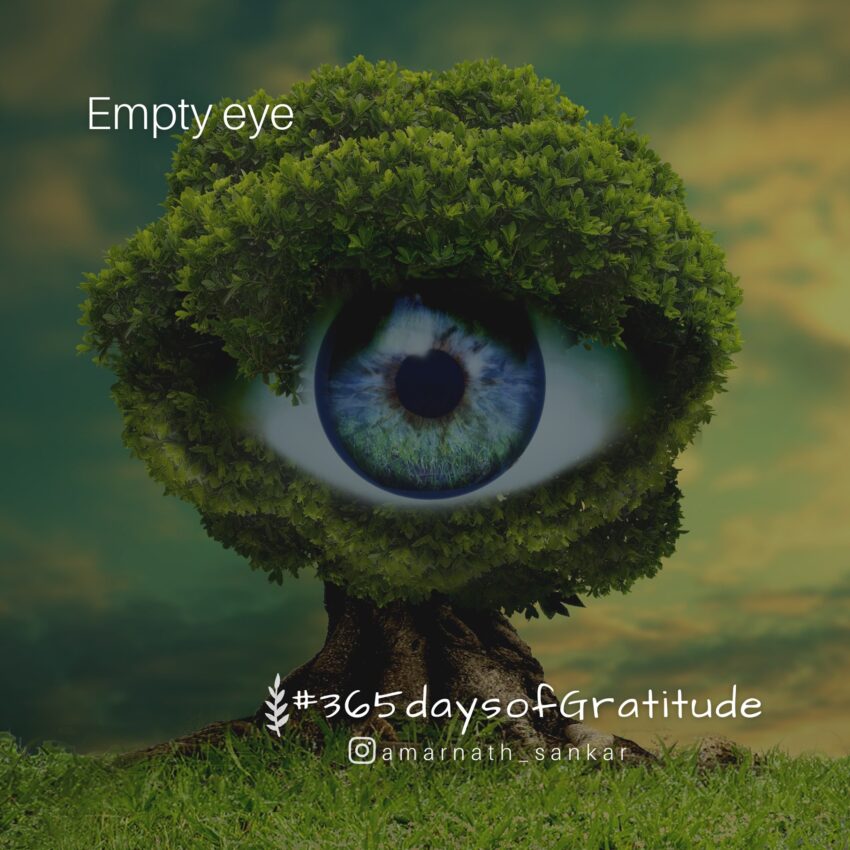 During the final year of my engineering course, I did my main project at Hyderabad.

I had lots of free time during those days, which made me think of doing a part-time job. After many searches, I found a technology company which aligned with my interest in network security.

That company was developing and selling network security products to the US and UK market. I attended a technical interview which I easily passed, and I had another interview for checking my general proficiency.

I was damn confident during and after the interview but later they told me that I was not selected. I asked them for the reason for rejecting me and they said I had “empty eye” while I spoke English.

I told the lady that fortunately I had no problem with my eyes and she told me again, “You have got empty eye.”

I had no clue what this empty eye is, and I asked many friends, nobody knew about it, I asked a friend who was a medical student, he was also clueless!

After a few years, a friend of mine who’s also an entrepreneur invited me to join the hiring session in his company for a day. So I took part in it. We were 4 members and it was a techno-commercial role.

During the shortlisting of candidates after the interview, when I suggested a profile, my friend said, “He’s a good candidate but he has got empty eye, which might be a problem in international sales.”

My memory was bleeding with the rejection and I suddenly asked him, “Bro, what the #%*$ is this empty eye?!” After a pause, he calmly said, “Bro, it’s Mother Tongue Influence – MTI!”

Which left me speechless for a few minutes!

Today I happened to meet that friend of mine and I recalled this memory.

My gratitude for him for clarifying my years-old doubt about empty eye!