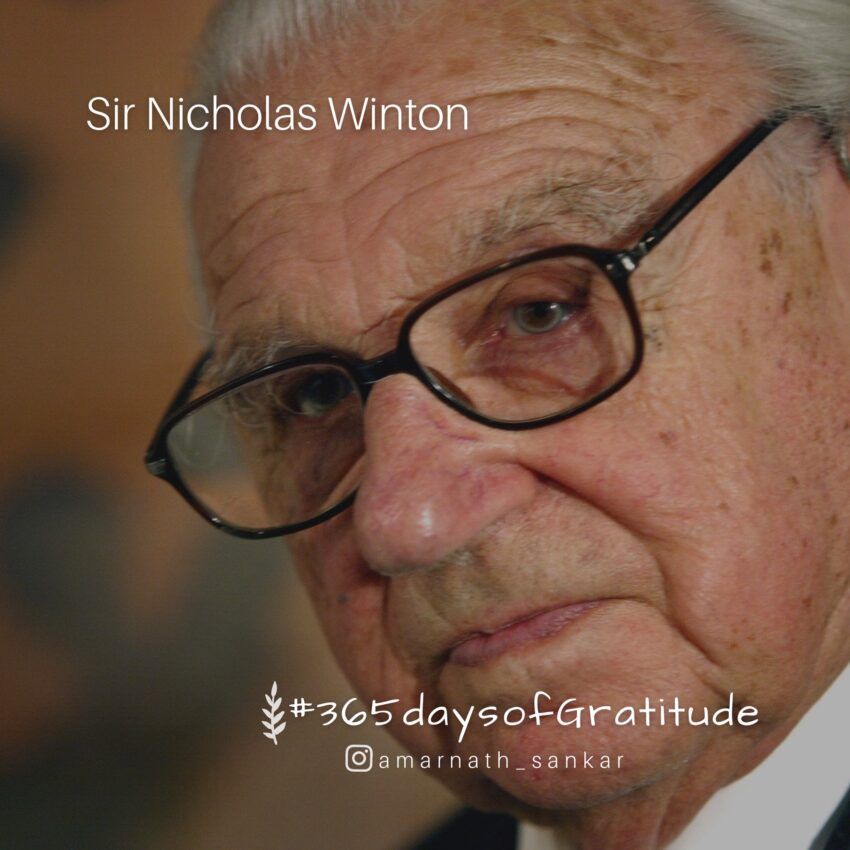 I just happened to watch a video filmed in 1988 by BBC, on a program in which they invited Mr. Nicholas Winton, who was a famous British banker.

During World War II, Mr. Winton has rescued some Jewish children from the Nazi holocaust to Britain, from death, and helped them find new families in Britain.

This wasn’t known to the world for 50 years until his wife Ms.Greter found a personal notebook of Mr.Winton, which contains the names and photographs of the children saved by him.

Ms. Greter passed that book to the BBC program, and to which Mr. Winton was invited.

He was surprised and Ms.Vere hugged Mr. Winton and we could see a very emotional moment, The child Vere meeting Mr. Winton after 50 years!

And then the host asked one more thing to the crowd…

“ Is there anyone in our Audience tonight, who owes their lives to Mr. Nicholas Winton ?! “ “ If so could you stand up please ?! “….

Then there was a silence for few seconds… people started looking at each other… and by breaking the silence, the whole crowd stood up around Mr. Winton and started clapping their hands…

He became so calm and contented at that moment…!

For his great service to humanity, he got knighted with “ Sir” by Queen Elizabeth II, in 2003.

People like Sir Nicholas Winton make us think how small the things we have done for the world are! And How far we could do for the world, In a Big way, to make it a better place to live!

My gratitude to Sir Nicholas Winton for inspiring me to the core.