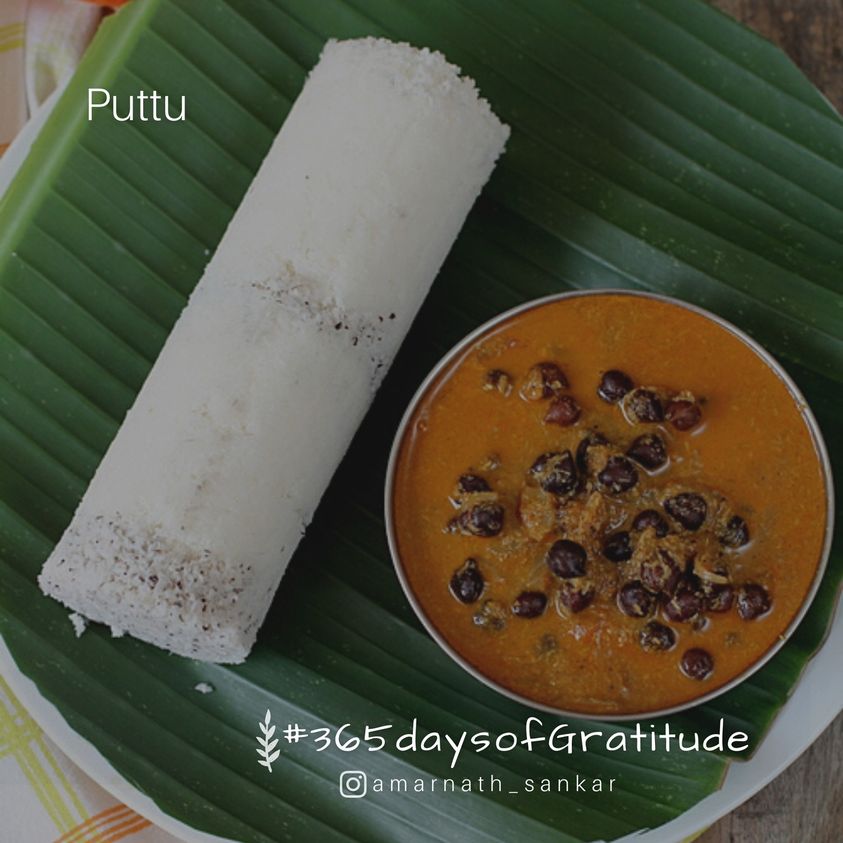 I was having Puttu (steamed rice cake) with chicken curry with a friend of mine in the evening and we happened to discuss the various varieties of Puttu we’ve had.

I also recalled having Puttu from Sinhala restaurant some years back from Sri Lanka. Then he told me that Puttu is originally from Sri Lanka. I was not convinced, which made me search the internet for its origin.

Puttu is normally considered a breakfast dish eaten in the South Indian states of Kerala, Tamil Nadu and parts of Karnataka. It is made of steamed cylinders of ground rice layered with coconut shavings.

It was surprising for me to know that, apart from South Indian diaspora across the world, Puttu is widely eaten as a dish in Malaysia, Singapore, Indonesia, the Philippines and Mauritius.

There is also a strong argument that Puttu was invented by the Portuguese, Puttu was first mentioned in the book titled Thirupugazhu, written in the 15th century, by the renowned Tamil poet Arunagirinathar.

Anyway, Puttu remains one of my favourite and never boring dishes, and I believe that it’s the same for many of you as well.

Though its origin is unknown, Today I’m extending my gratitude to the anonymous inventor of this tasty dish.