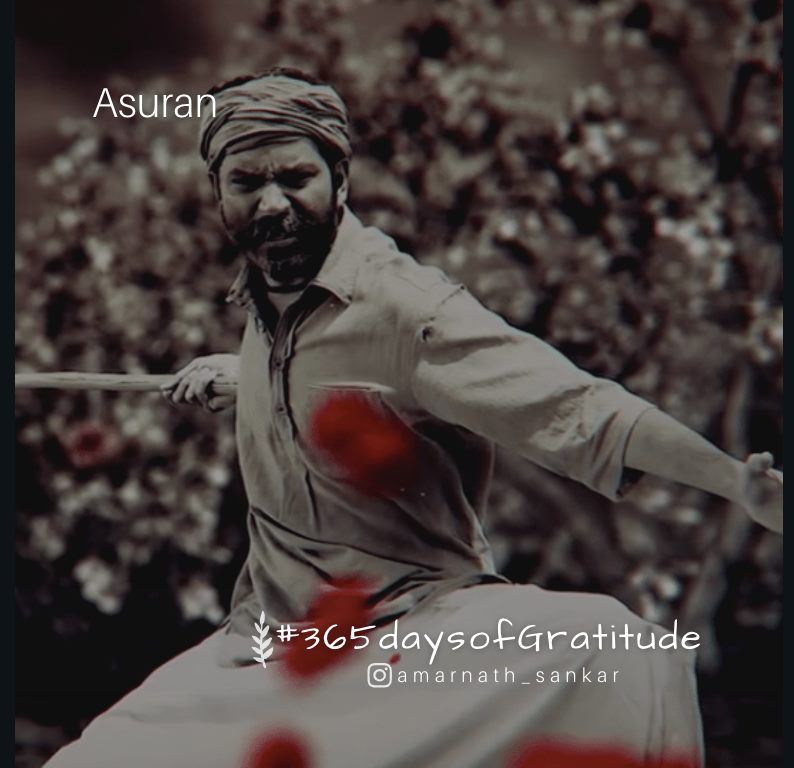 Today the 67th Indian National Film Awards were announced for 2019 and “Asuran” (meaning Demon) won the best Tamil language film, and Dhanush who played the protagonist in it won the best actor of the year.

I personally love this movie, and I have watched it multiple times both in theatres and later on OTT platforms. The story takes place in a remote village in Tamil Nadu in the 1980s where a farmer’s family is oppressed by the landlords and so-called upper caste people of that region. The movie depicts their suffering and their rebellion, conflict, and involves revolutionary emotional stories.

There’s a dialogue that I love, spoken by Sivasamy (played by Dhanush) to his son at the end of the movie:

“If we own farmlands they will seize it, if we have money they will snatch it, but if we have education they can never take it away from us. Son, If you really want to win against them, study! Study hard and become a powerful man for the new world!”

This is the most powerful statement in the movie I picked on and it is an age-old fact. Through the power of education and just with that power you can fight and bring about social balance to make a new and better world.

Today I am extending my gratitude to the entire team of “Asuran”, especially its director Vetrimaaran and the rest of the crew, who made this movie a wonderful cinematic experience.