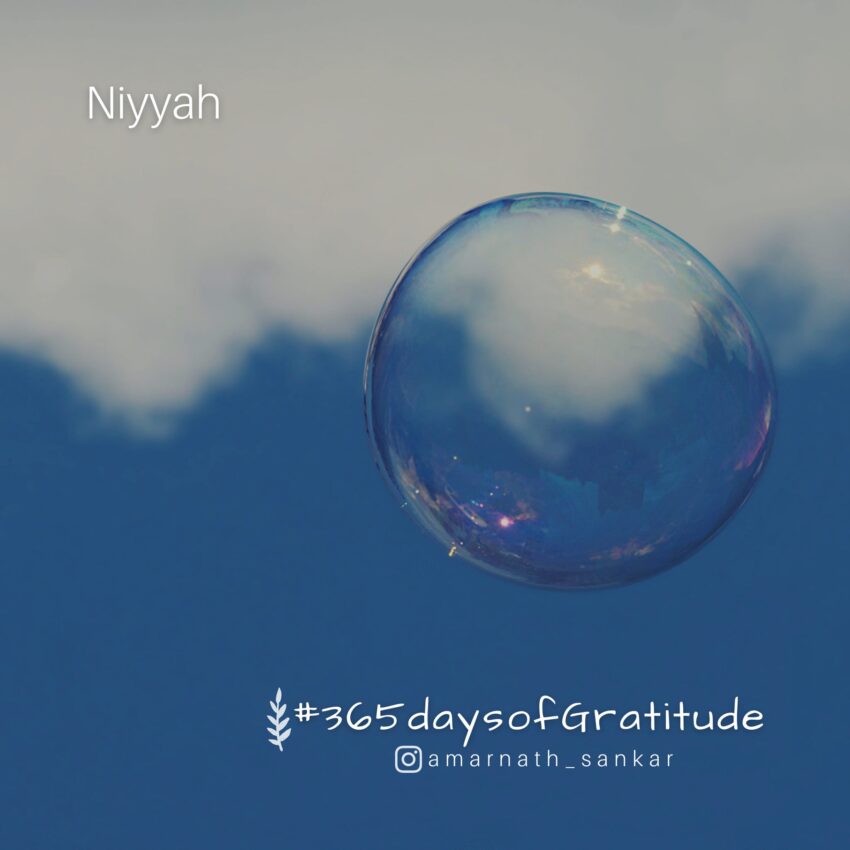 Yesterday I had a discussion with a friend of mine about the different systems we build in life, it could be organizations, it could be engagements with people. All of these pretty much run on a set of actions. A point my friend brought to the table is an Arabic word called “Niyyah”.

The Niyyah/Niyat is the ultimate purpose behind every establishment. Whenever we build a system, whatever it may be, the action we carry out within it should have a purpose. The future of that particular action or system is totally dependent on the Niyyah of that system. It cannot be understood by anybody else because it is us who define the Niyyah.

The actions we do must have a purpose and that purpose is predetermined only by us, nobody else. The result or future of the particular action or system depends on how clear the Niyyah is.

He also advised me that whenever we build a system with a Niyyah, we should not change the Niyyah as time goes by. That change would adulterate the resultant future of that particular system.

This is a concept with which I was familiar though it has been presented to me in a new package, as a new word in a new language. It was quite eye-opening for me in the particular context in which we had the discussion last night.

I am truly expressing my gratitude to my friend who brought this idea of Niyyah and enlightened me while I was in a confused state of mind.