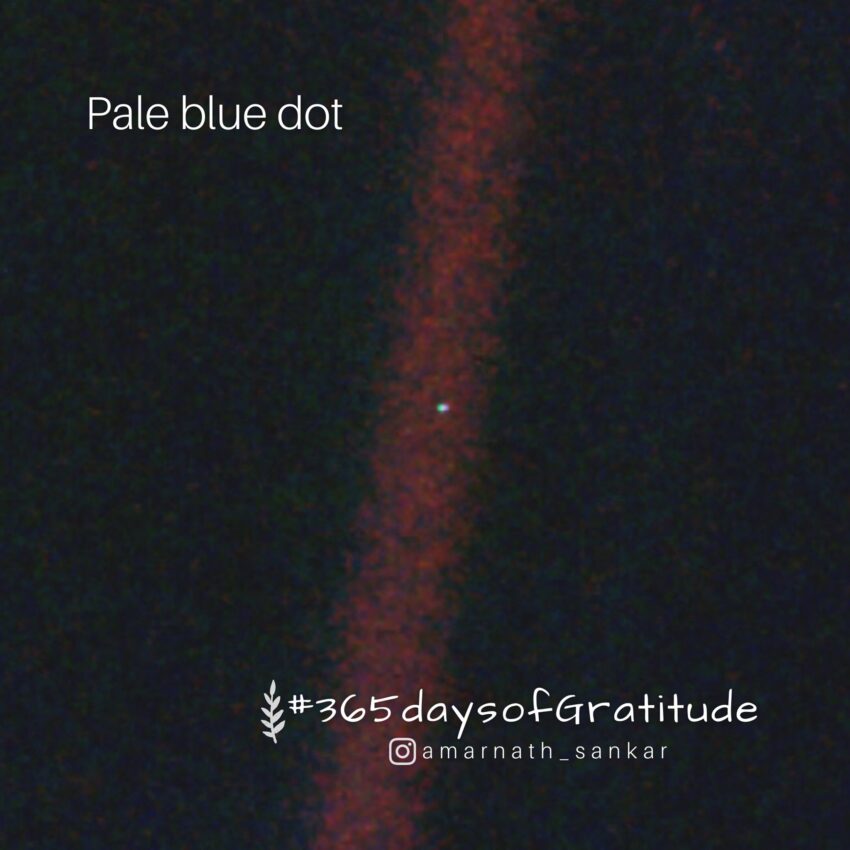 Voyager 1 was a space probe sent by NASA in the year 1977. In the year 1990, when it reached about 6 billion kilometres away from Earth, it took a picture of Earth from interstellar space – in the vast cosmos Earth was just a tiny dot.

Sagan said that “…astronomy is a humbling and character-building experience. There is perhaps a no better demonstration of the folly of human conceits than this distant image of our tiny world. To me, it underscores our responsibility to deal more kindly with one another and to preserve and cherish the pale blue dot, the only home we’ve ever known.”

In our lives, we have joy and suffering, thousands of religions and conflicting ideologies, economic doctrines. Every hero and every coward, every creator and destroyer of civilization, every king and peasant, everyone who has ever been known has lived here on Earth, but in the vast cosmic arena Earth is just a pale blue lot, which is truly a humbling perspective.

But ultimately even all of Earth is just a tiny speck, a dot-like dust particle in the vastness of the universe. When we look at ourselves from that broad-spectrum, from that vastness, life is very simple business, a very simple happening altogether.