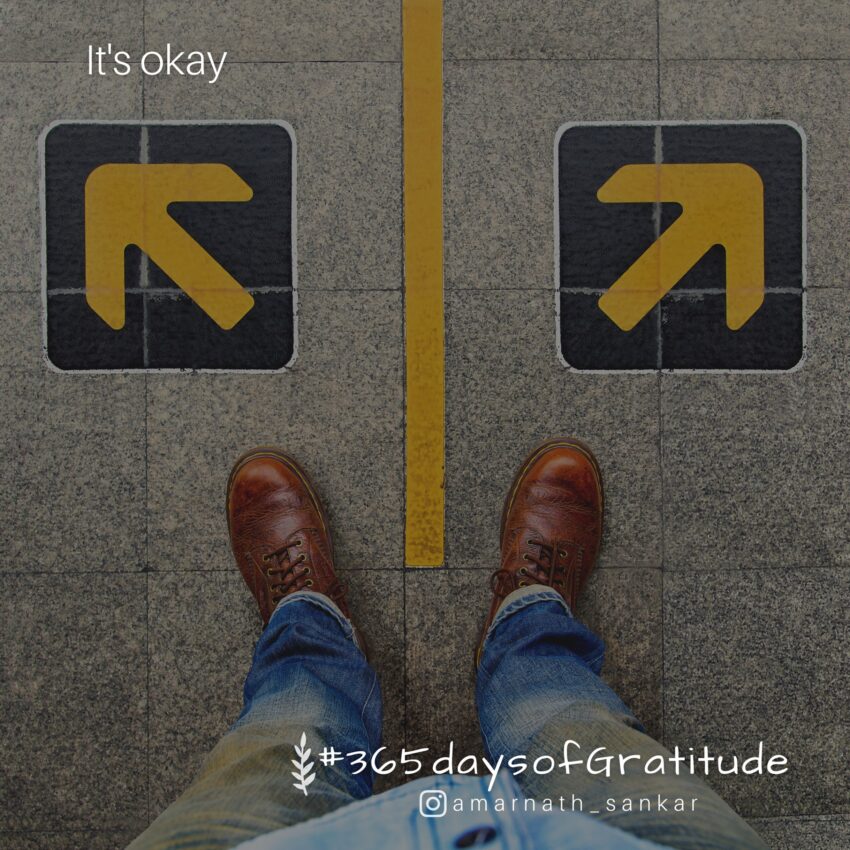 I had been interacting with the relationship manager of my bank for 2-3 years, and he was a nice guy. When he moved to another bank he called me and asked, “Sir, will you open an account in the new bank?” I said, “Bro, I already have many accounts in many banks and it’s too difficult to manage one more,” but he insisted, and I said okay.

I asked him to drop by my apartment and he reached around 7 in the evening. The process involved a lot of documentation and it took time during which, for some reason, I felt like having ice cream. I asked him, “Shall I get you some ice cream?” He was writing something and waved his hand at me and said, “It’s okay, sir.” I was confused! He was on his phone when I asked him again, “Shall I get you a scoop of ice cream?” to which he said again, “It’s okay, sir.”

I had no idea what he meant, so I asked him,”Bro, what exactly do you mean by it’s okay? Would you like to have some or not?” “It’s okay, sir,” he said again. I left him to finish what he was doing, went to the kitchen and came back with two cups of vanilla ice cream. He asked me to sign the documents, took the cup from me and started having it.

The beauty here is that “it’s okay, sir” seems like a very formal diplomatic tool. If somebody asks me if I want something, I say yes/no, I’ve never replied to that with it’s okay.

I think this a wonderful tool because if you answer it’s okay to a question of choice, you are leaving the choice up to to the person who offered it to you.

It may look very simple but it is a very powerful tool to handle situations when people offer you something, you are leaving it up to whoever offered you the choice to take a call, rather than choosing yourself!

Anyway, I opened a new account with the bank and I am thankful to this buddy for the bank account as well as for this tool which he unknowingly shared with me on that particular day!