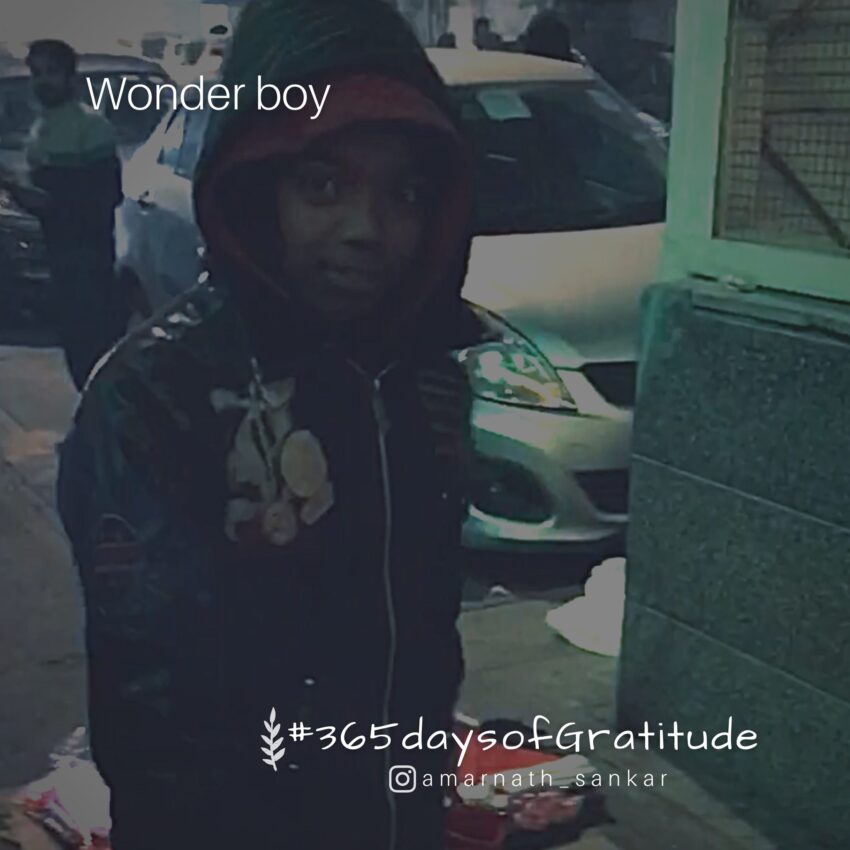 Last year, in 2019, I was in Delhi during Christmas. On Christmas night I thought of walking around and found myself at Connaught Place.

I was casually walking without a specific destination when on the pavement I saw a young boy, he must have been less than 10 years old, dancing.

There is a famous pub there that has all-night Christmas celebrations, people were cheering, there was loud noise and music, and this boy was dancing outside to the music being played inside the pub.

He was selling Christmas caps, a street kid. I was amused and captured some photographs and videos of him. He seemed to be so involved, it was kind of like he was forgetting everything and he became the dance, which I am sure was more exuberant that anybody who was dancing inside that pub. Such wonderful dance and involvement.

What made me to remember him today is the fact that that particular boy redefined and rehammered my whole idea about happiness and contentment.

Today, on Christmas day, I am gratefully remembering that boy I met on the pavement of Connaught Place in Delhi last year, he was a Wonder Boy to me.