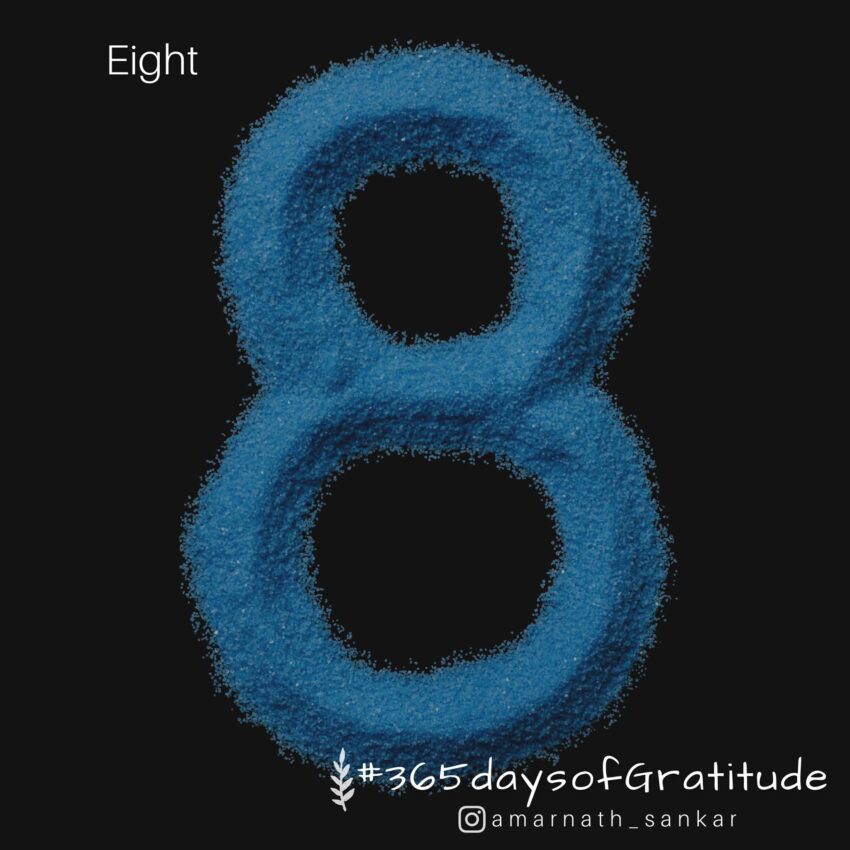 The number 8 is significant in many cultures. In Western culture, especially, the number 8 is known as the angel number. It is the symbol of infinity, and represents the constant flow of energy and power. Western tradition says that if a person often sees the number 8 in different places it means that abundance is on the way. It represents material wealth, money, success, luxury, and pleasure.

In the Biblical context also, the number 8 is considered divine and signifies hope and a bright future. In the Eastern culture, in India, we call the eight prosperous elements Asthamangalya; Ashta Aishwarya are the eight goodnesses a man can have; there is something called Ashtaguna, 8 qualities that can make a person attain enlightenment. In yoga, Ashtanga literally means 8 limbs, it also refers to the 8 paths for one to attain the ultimate. There are also a lot of other words related to the number 8 like Ashta Choorna, Ashtavarga, Ashtalakshmi, Ashtasidhi, Ashtabandha, etc.

Another interesting thing is that the number 8 is the upright form of the infinity symbol which has its origins in the ancient Indian Brahmi script, which later developed into the Arabic numerals we use today.

8 is interesting, it seems that 8 is auspicious, today is the 88th post on gratitude and, on a personal note, my parents were married on the 8th day of the 8th month in 88 ( 8-8-88), which is the fundamental reason for my physical existence here in fact.

For many beautiful reasons, I am expressing my gratitude to the number 8 today!