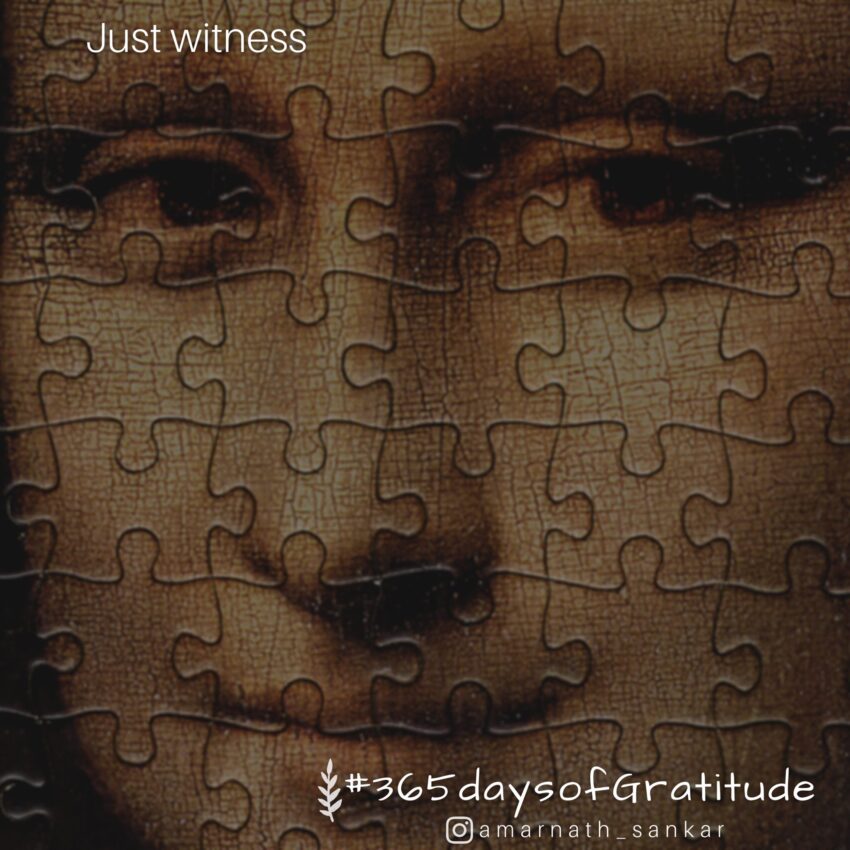 From the 20th-century on, art forms, especially films across languages, always had a hero who was involved in a problem. A problem appeared in front of him, he got involved in the problem, sometimes it may not even have been his business but he still got involved – he engages in it, he makes his life pathetic, makes many sacrifices, there are fights, love, vengeance, victory, revenge, this was the typical formula for a popular movie, similar in all languages.

Generations, including me, grew up with a subconscious understanding that being a hero in life is about finding a problem or solving it. But, in fact, that is a very senseless, foolish idea of what the point is. In life, there are very few problems and challenges where we really need to respond or react. Because even in our absence the other problems get naturally resolved on their own, what we really require is the perspective of a witness.

This is a beautiful way of looking at the world. Whether you are at a function, a shopping mall, a theatre, a crowd, a restaurant, even on the street, it is beautiful to look around and witness things that are happening without interacting with those happenings. It cannot be expressed more because it has to be experienced.

Just look at people, look at things around you and see what’s happening. There will be things which make you happy, which make you sad, don’t engage in them, just witness them, and you will understand that a majority of the problems will eventually settle themselves.

But if there are situations where you truly feel like it’s your turn, it’s your time, that you have a role to play in it, then only engage with those things, in other cases just stand back and witness.

Today I am gratefully remembering Osho Rajneesh who had many reflections on this kind of witnessing. What I have mentioned here is the very first layer of witnessing, it has many deeper layers and I look forward to sharing those perspectives some other day.