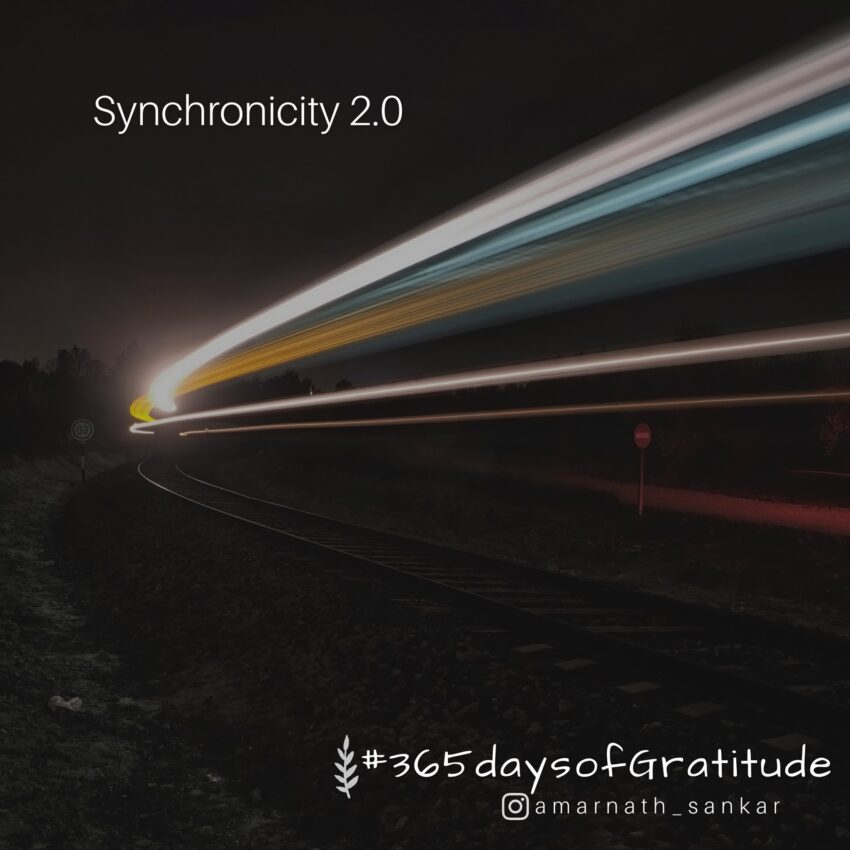 On many friend’s personal messages, today I’m sharing one of my synchronicity experiences…

A few years back I was planning to take an apartment for rent in Kochi. By the time of the decision, I was travelling from Calicut to Kochi in a train called Jan Shatabdi Express, I was browsing many properties on the website and I found a nice property and I just gave a call to the owner.

Out of curiosity I asked him which train you are in and he told me like I am in Jan Shatabdi Express travelling from Calicut to Kochi, I told him like “Oh my god, I am also on the same train and I told him we should catch up once we reach Kochi and I checked his compartment, He told me he was in C2 54, I told him I am quite nearby, I am on C3 52, he told me we will surely catch up once the train reaches Kochi.

I felt like it’s amazing, just happened to pick up a random cell number of a renter and giving a call and he is coincidently being on the next compartment in the same train.

So, when the train reaches the station called Thiroor a couple of college guys came to nearby my seat and they were wondering and they were looking at their ticket and they told me like “Chetta (brother) this is our seat”, I told them “No, I just booked this ticket out of Tatkal (emergency reservation) and I just got this last night only C3 52, but they were not quite sure about their ticket but they were discussing something, looking at their ticket and I just asked can you just show me your ticket. So, that guy showed me his ticket reservation, he has got the same number C3 52 So, I just grabbed my cell phone and I just checked my email for the online reservation. When I saw my ticket, I lost all my senses, I mechanically stood up from the seat, I took my baggage’s and I was moving.

I got shocked not just because I made an error in picking my seat but I struck at my seat number, it was on C2 compartment 53 which is the next seat to the renter I just gave a call just before.
This is rare among rarest probability but it happened, we sat together, it was speechless.