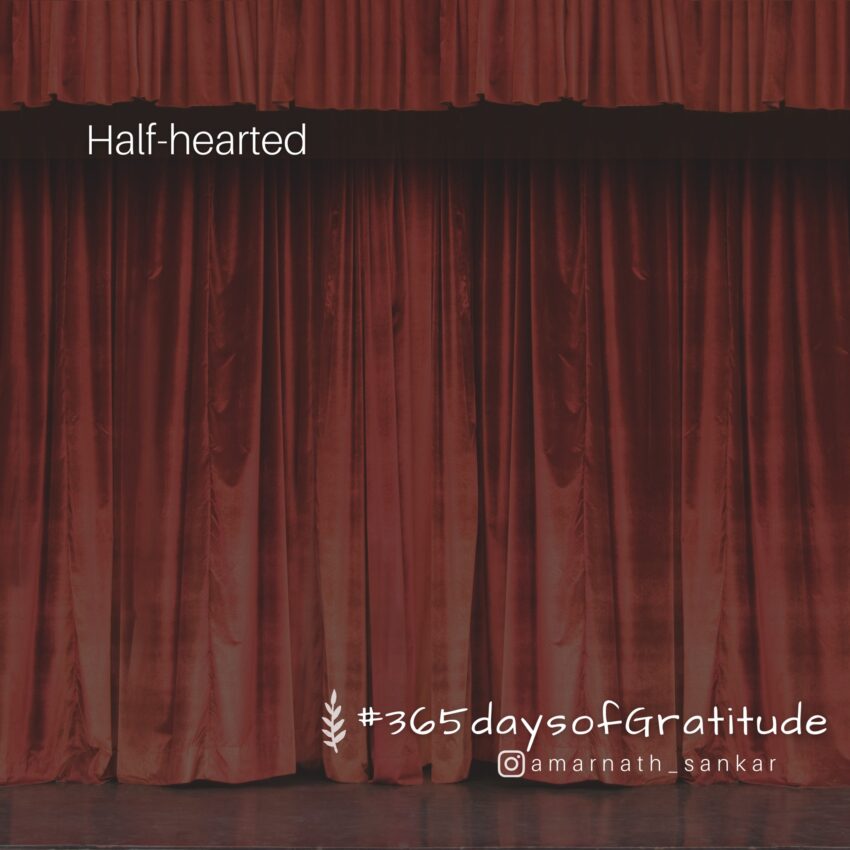 This happened when I was in school in the higher secondary. We were told by the English department to create and perform a drama. I was the leader of one of the groups and I adapted a story and wrote a script for a drama that I directed. We had practised well enough. I felt like the other groups were not that serious but my group had really learned the script very well, and we had practised in the evenings. On the day of our performance we performed surprisingly well in front of our friends and teachers.

I was the protagonist and I had a very clear idea about how I should perform. It unleashed a new dimension of mine in front of my friends. I was quite satisfied and was proud of both myself and the team. We got a great deal of appreciation from the students and teachers! We just stole the whole show!

After a couple of hours, some teachers who were not present in the morning came to know about this and they were so excited and curious to watch it that they approached us to do it again! Personally, I was 100 percent against the idea.

I couldn’t even think of performing the same thing to an almost similar audience in the same place again on the same day!

I knew that I wouldn’t be able to repeat what I had already done. It was not a repeatable performance because many of the things that had happened on stage were spontaneous which had made it good.

I was not confident and not at all interested in repeating it. But we were under great pressure from the teachers and I was not strong enough to say No. My team members also thought they could do it, they had already done it, they could do it once more.

I was literally half-hearted the second time around, and it was a disaster! I had no personal interest in it, and just about managed to deliver the dialogues since I remembered the lines, but there was no performance. All I wanted to do was to wrap up the show and get out of there.

The friends who had appreciated it in the morning saw us in the afternoon and said, “What a pathetic performance it is.”

It was unusual, our best and worst performances on the same day, on the same stage! The lesson I learned from this for a lifetime is “Do not do anything half-hearted.” If you do, it will be devastating. On the other hand, if you do something wholeheartedly, even if you fail you can take responsibility for the failure, but when you don’t, you can’t even take responsibility because you did it half-heartedly to begin with.

Today I am gratefully remembering this unusual experience of a lifetime!