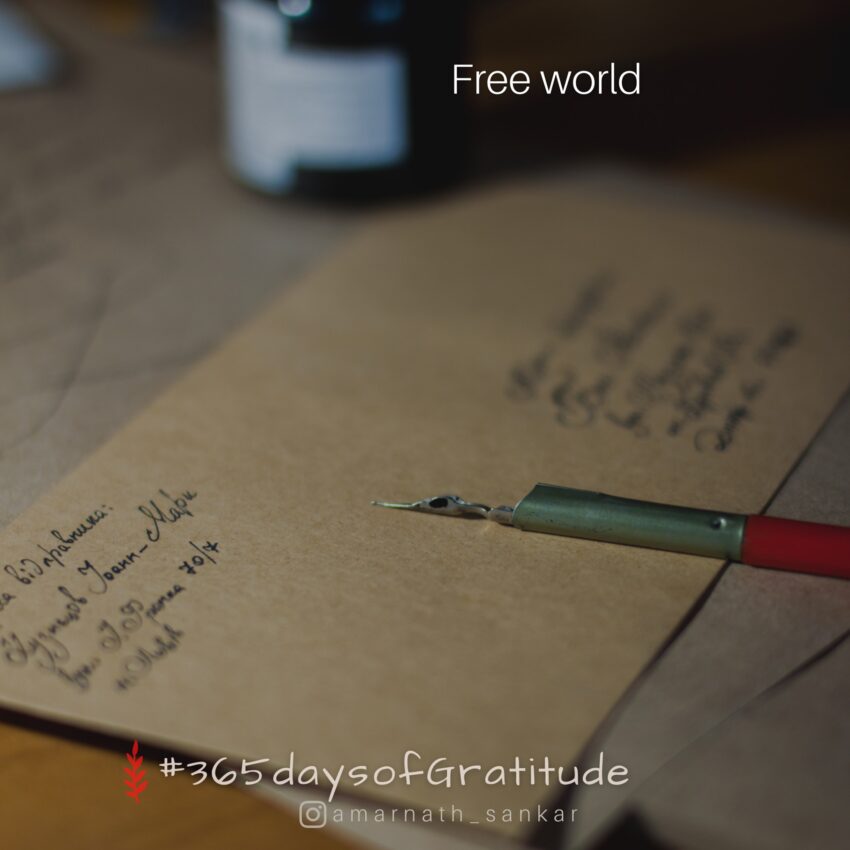 This is a story that’s set in Germany when it was under fascist rule. People were afraid to communicate and talk openly in public about their situation and the troubles they faced because of the fascist government. All communication was censored by the government.

They took weeks to receive letters each other’s letters, but managed to keep in touch. At a certain point, one of the friends went without sending a letter for a long time. After many months, a letter arrived from him. It was in a beautiful cover, written completely in blue. Which meant that all of it was the truth.

He said in his letter that the authorities had transformed, they were more humane now, there were a lot of infrastructural developments that were taking place, they were getting enough food and supplies, there were no fights happening in the city, peace roamed around everywhere, the city was prosperous, it was heaven on earth. The friend who read the letter got very excited, he thought he could leave his own city to go to his friend.

He read the letter line by line, with absolute excitement. When he reached the end, his friend explained that in spite of all the prosperity, abundance and riches, there was one thing missing, he had searched for it but couldn’t find it anywhere in the city, “there is no red ink available in the city to fill in the pen, that is the only misery I am facing in the city.” The letter ended there.

I truly believe that we are living in the freest world in the recorded history of mankind, I think we have underestimated the freedoms we experience, and today let’s be thankful for the freedoms we have.