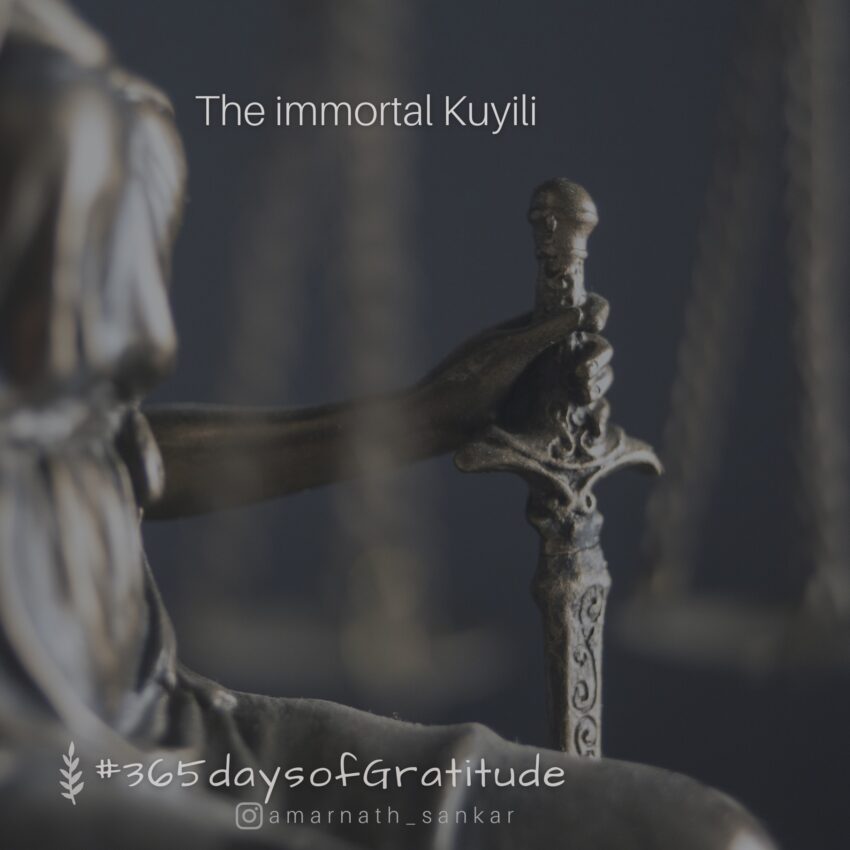 The land of Madurai in Tamil Nadu is rich in its great history, tradition, and valour in war. I used to live in a village called Kaliyarkoil for a while which used to be a part of the former province of Madurai. Many stories of that land have touched me deeply.

One such story is that of the 18th-century Adi Dravida warrior called Kuyili, who was the commander of the army of the queen of Sivaganga. She was known and praised for her intelligence and her fearlessness on the battlefield.

It was a time of continuous conflicts between the British and the kingdom of Sivaganga. The army of the queen needed to breach Sivaganga fort which the British had captured. Kuyili knew she could ensure victory for Sivaganga. On the night of Vijayadashami, under the pretext of attending the temple celebration, she infiltrated the fort and identified that the British ammunition was kept behind the main temple. She applied oil all over her body, set herself on fire and went to where the ammunition was kept. It leading to its complete destruction and ensured the queen’s victory against the British. It was the first suicide attack in the history of India, that too by a woman who sacrificed herself in the fight against the British.

I think the actions and sacrifices made by people like Kuyili have had a ripple effect that has significantly contributed to the reality, social systems, and the democracy that we experience today. Many such Adi Dravidas and marginalized people have given their lives in the against foreign invaders, and have silently contributed in shaping the future of our country. Many times they are forgotten while other privileged legends are given more importance.

Today, with respect and gratitude, I am remembering the immortal Adi Dravida warrior Kuyili.